The National Champs this year was full of close racing and a fair few surprises. Regular London and SE League racer, Mike Murray, gives us a great report about his weekend where he raced, watched and helped out in the pits, giving him a unique vantage point for all the action. Here’s what he found… 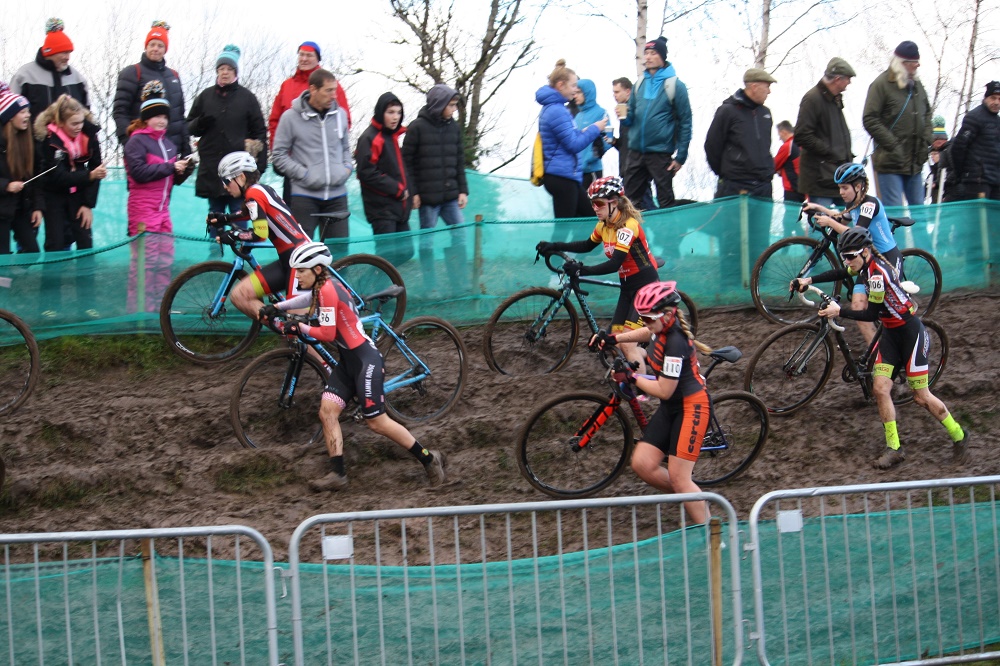 On Friday, before the biggest cyclocross event of the year, the car was packed and ready for a weekend of mud! Bikes were checked, cleaned, oiled and ready for action. Tools were packed, along with the work-stand, bike wash, clothes for training in, race kit, drinks and as much food as I had space left over for!

An early start for me is best, it’s my way, I get everywhere early and I wanted to clear the M25 before rush hour, which I did – then, right at the start of the M40 I had a front tyre go bang! This would have been bad enough, but made worse by the fact I was in the outside lane overtaking two articulated Lorries in the other two lanes – typical! Anyway, wheel changed and I was off again! 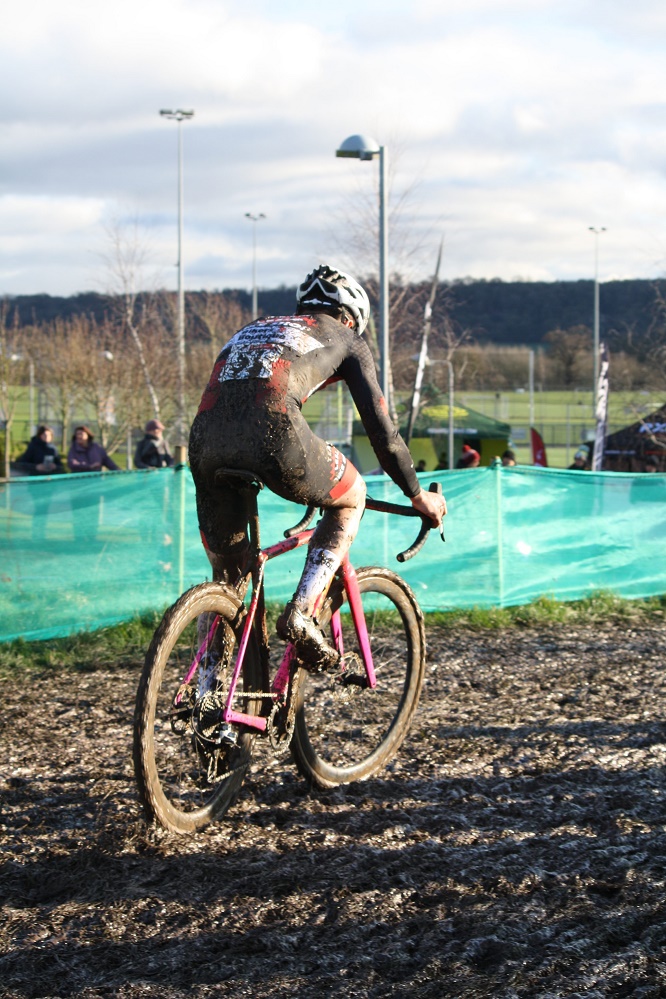 I still got to the venue early, so had some coffee and it was time to get my kit on, bikes out, and do some practice laps. Watching techniques of others on the tricky sections, and learning the course generally, what lines were good, and generally getting a feel for it. I had a good feeling about this race. Legs weren’t sore, back seemed fine, and feeling up for a good race tomorrow.

Being in the first race of the meeting was a blessing, as we had the best course conditions – Early on the Saturday I got signed on, set up and psyched up. Bikes checked again, tyre pressures set, and time for a warm up on the rollers. I rolled over to the start and took up my grid position of 53rd out of 105 entered. 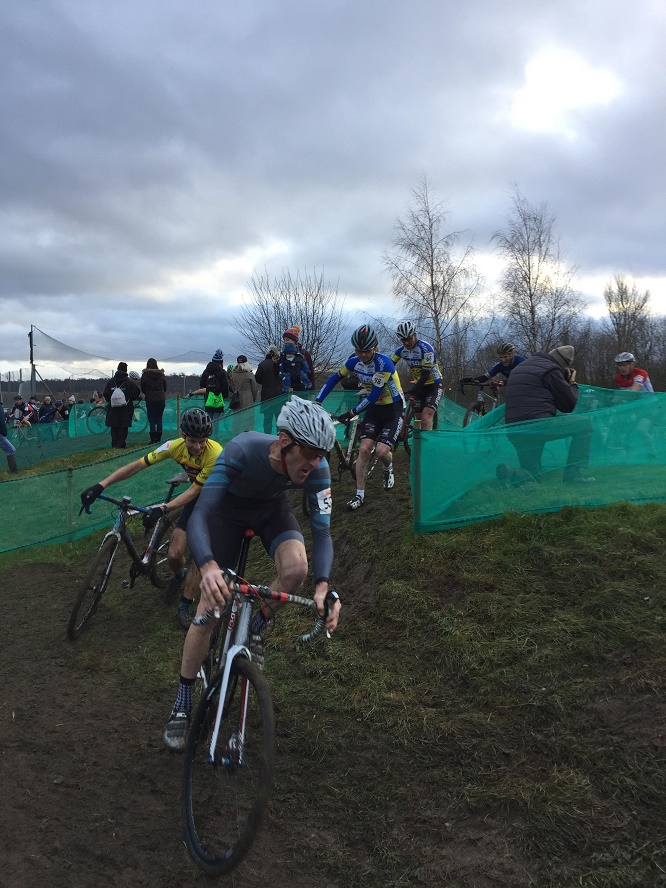 It was a mad start, with so many people around me – I was wondering how we’d all fare on the first off camber corner, but I need not have worried as we were all off and running for it – the ground was already properly churned up! Spreading out rapidly, we went about our personal races, with those around us. For once, I had a pit crew, so took advantage of that, changing to a clean bike each lap.

It made such a difference, psychologically, as well as physically. Eventually finishing 38th in the race and 26th in the 50-54 category, I’d given all I could and was satisfied with my race. Just behind league sparring partner, Stephen Wilkinson, who carried on to finish despite having a nasty accident that left him with a suspected broken eye socket – hardcore! Well done mate!

After my race, I spent the following race recovering for my effort and getting ready for the Women’s Vets category, where I was team support, washing and swapping bikes for Tabitha Rendall. Was a great chance to help out some fellow London League racers. 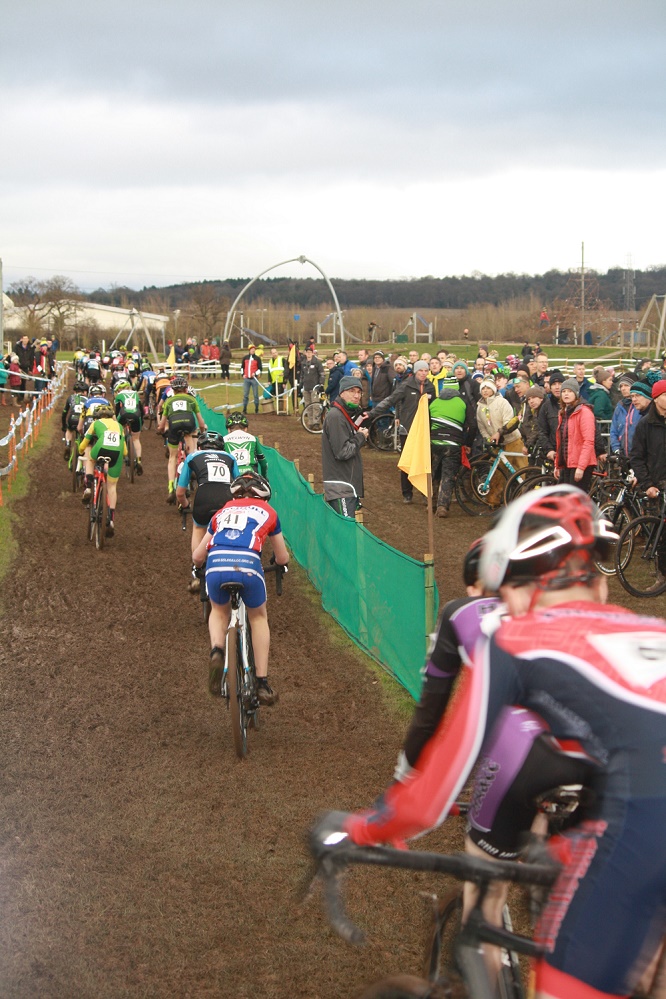 I managed to then grab the camera and get some shots of the races that followed, before getting back in the pits to help the Parsons with Ferdie’s race. I normally race against his Dad so being in the pits together was really nice. Another evening out in Shrewsbury followed the racing and back to the hotel to prepare for being a spectator for the day!

You can see more of Mike’s photos on our Facebook Group – https://www.facebook.com/groups/ldnandsecyclocross/

For a full report on Day 2 of the National Champs click on this text to read British Cycling’s blog – Pidcock, the overwhelming pre-race favourite – retained his title in dominant fashion, despite an uncharacteristically shaky start, while Harnden held off a fantastic challenge from Beth Crumpton to secure her first elite women’s title…

Blog and photos by Mike Murray.

Intro and edit by Glen Whittington.